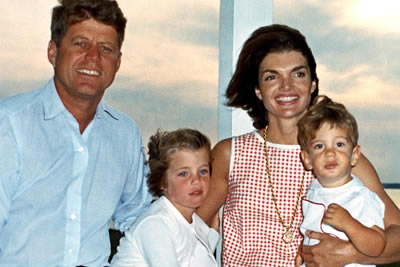 The most basic timing method used by almost every ancient astrologer was called the “minor years of the planets.” This method first appears in Babylonian astrology. According to this method, each planet has a “period,” a certain number of years that corresponds to times when it becomes active and brings forth its own events. This number is based upon the planet’s synodic recurrence cycle when it returns to the conjunction with the Sun at the very same degree of the zodiac as the previous time. This timing technique can be used on its own, in combination with ascensional times of the signs, or with other time lord procedures such as zodiacal releasing.

Here are a few simple examples of the predictive power of the technique.

The minor years of Venus number eight. Sometime during our 8th year, each of us will experience the maturation of the Venus theme relative to the soul’s intention (Sun) as it is indicated in the natal chart. The condition and position of Venus in the natal chart points to how positive or difficult the experience will be. This will be a foreshadowing of all the future Venus-related events that are embedded in this timing procedure.

In the chart of Jacqueline Kennedy Onassis (July 28, 1929; 2:40 pm, Southampton, NY), Venus is located in Gemini in the 8th house of loss, death, and other people’s money. Venus is contrary to sect, it rules the 7th house of marriage and the 12 house of enemies and sorrows, and is maltreated by difficult aspects with both Mars and Saturn. At the age of 8, her parents separated. One of the causes was her father’s squandering of the reduced family fortune. During youth, a person is unlikely to be married, but if there is a marriage indicator, this will most often be reflected in the parents’ marriage as it affects the child. Note at her birth, the Sun at 5° Leo and Venus 22° Gemini; the synodic reoccurrence on her 8th birthday in 1937 had the Sun at 5° Leo and Venus at 22° Gemini.

The minor years of the planets are often combined with the ascensional times of the signs. These times are derived from the time it takes each zodiacal sign at the various latitudes to fully ascend over the horizon. The ascensional time of Gemini, Venus’ sign in our example chart, at latitude 41N, is 28 years. When JKO was 28 years old, she also went through a difficult time in her marriage, threatening to divorce her husband, until her father-in-law placated her with a personal financial settlement.

Next, the minor years of a planet are added to the ascensional time of the sign in which it is located in order to compute another time when the planet becomes active. The sum of eight years (minor years) and 28 years (ascensional time) equals 36 years. In her 35th year, JKO lost her husband to assassination, and went into a severe depression that was exacerbated by fears of financial insecurity.

This method can also be used to time aspects. The larger implications of this ancient timing method suggest that there is an intimate correlation between the minor years of a planet and the maturation schedule of human development. A planet’s astronomy relative to its synodic return cycle embeds an intrinsic timing mechanism, orderly and sequential, that is universal for all human beings.