Obama and the Asteroid Healers 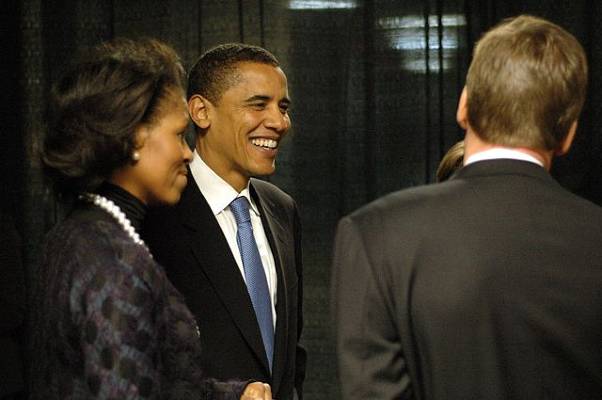 Those amazing asteroids have returned to the forefront of my thinking this past month as I’ve been preparing new asteroid lectures for WSAA, NY-NCGR, and the Mysteries of the Dark Feminine Moon retreat in Mexico. I revisited Obama’s chart and focused on the prominence of the family of mythic asteroid healers. Obama has the asteroid Koronis, the mother of the great healing god Asclepius, exactly conjunct his 18 Aquarius Ascendant to the degree. I immediately thought of his signature health care legislation and the motif of the white crow turned black, and this sparked me onto an asteroid hunt of other mythically related celestial bodies in his chart.

When certain asteroids are clustered around the power points of the chart (Sun, Moon, Ascendant ruler, four angles) or in close aspect to one another and the deities that they represent are likewise related in myth, these mythic motifs become emphasized and are often the major archetypal themes of the life. First the story, and then the chart. The mythic names that are asteroids are italicized.

Chiron, the wise kindly centaur who embodies the ‘wounded healer’ archetype is rejected and abandoned at birth – his primal core wound. He is then found and fostered by the siblings Apollo and Artemis. Chiron assumes his home in cave on Mt Pelion, becomes a foster parent himself, mentors many Greek heroes, and is famed for his knowledge of hunting and the use of medicinal herbs, surgery, and the laying on of hands.

Apollo is honored as a god of healing, and the injunction ‘Physician Heal Thyself’ is inscribed upon his temple at Delphi. Apollo becomes enamored of Koronis, princess of Thessaly who presides over a local pre-Hellenic healing cult. Thessalia is an area of northern Greece known for its profusion of medicinal plants and it is the origins of the botanical pharmaceutical medical tradition in ancient Greece. After Apollo impregnates Koronis, he departs for other adventures and leaves his white crow to guard over her. When the crow reports that Koronis has resumed relations with her mortal lover, Apollo in his jealous rage turns the white crow black and orders his sister to kill Koronis. At the last moment he remembers the child she is carrying and arranges for the child to be cut out of her womb. This baby is Asclepius, who is then carried off to Chiron to be raised and educated in the healing arts. Robert Graves suggests that this story represents the suppression of medical practice by women and its transference into the hands of the patriarchy. From this time, physicians were called asclepiades and the profession was passed only from father to son.

Asclepius became a famous god of healing, particularly through dream incubations in his hundreds of temples throughout the ancient world.  Among his children were Hygeia, Goddess  who gives and maintains Health through right living with nature; Panacea  ‘Cure-All’  who knows the therapeutic properties of plants to administer as drugs for healing;  Makhaon – army surgeon of the Trojan war who fixed broken bones and extracted arrowheads; and Podalirius – god of internal diseases and invisible wounds to the soul.

Now let us turn to Obama’s chart (Aug 4, 1961, 7:24pm, Honolulu, HI). Chiron at 5 Pisces is part of a tight grand square with the parental Moon at 3 Gemini opposed by Asclepius at 3 Sagittarius, and both squared to Pluto at 6 Virgo. This configurations links the healers Chiron and Asclepius to the Moon, symbol of parents and early childhood, which itself is square to Pluto, speaking to the themes of loss. Obama, like Chiron, was abandoned by his father, and this was a major component of the primal wound that forged his destiny. The Moon is also the ruler of the 6th house of health, illness, and workers.

Over the next few years the transit of Neptune in Pisces will activate this aspect pattern, and events will show to what extent Obama’s idealism will be realized.

The asteroid Koronis is exactly conjunct his Ascendant, the ‘helm’ of Hellenistic terminology, which steers the life direction. In retrospect, Obama will be remembered for his efforts in obtaining universal health care. However it may be that the program’s ultimate success or failure is partially contingent upon the issue of women’s reproductive rights – birth control and abortion – echoing the motif of forcible removal of the child from Koronis’ womb. And one can’t help but be struck by the racial symbolism of the white crow turned black, Obama’s mixed race heritage, and his historical significance as the first African-American president. In myth, Apollo mated with Koronis and fathered the healing god Asclepius; the asteroid Apollo at 26 Cancer in the 6th house is opposite Obama’s 12th house Saturn at 25 Capricorn, the ruler of the Ascendant. Both the 6th and 12th houses designate illness. One asteroid of the Apollo/Koronis pair conjoins the Ascendant and the other opposes the Ascendant ruler.

The asteroid Asclepius is not only part of the grand square with the Moon, Chiron, and Pluto, but also is in a wide (5-degree) conjunction with the Mid-heaven degree at 27 Scorpio, which represents the culmination of one’s professional destiny. The other side of the Mid-heaven is flanked by Hygeia, Goddess of health-promoting preventative measures and community public health systems, adding further emphasis to his health care initiatives for the American people.

Finally, the asteroid Panacea, curer of ills, another daughter of Asclepius and sister of Hygeia, sits at 11 Leo, conjunct Obama’s Sun at 12 Leo. Thus we can see how the asteroids associated with this family of healing deities, Apollo foster parent of Chiron, father of Asclepius, whose mother Koronis and daughters Hygeia and Panacea all occupy the power places in Obama’s birth chart. They imprint a pattern for the life purpose that unfolds in time as an advocate for health care reform.

New Releases from the Asteroid Archives

Can the very specific correlations of the asteroids to significant people, places & themes in our lives be enfolded into the Hermetic philosophy that provided a cosmological model for ancient astrology? Do the asteroids function as daimons, agents of planetary fate?

Demetra shares some of the amazing asteroid tales that convinced her of the value of taking the extra time to incorporate asteroids into chart delineation. Includes stories about Princess Diana, US presidents and many others.

Demetra explores the archetype of the oracle in detail through an examination of the associated asteroids. Includes discussion of the oracular tradition in a historical context as well as detail about the asteroids. Complete workshop.