Hellenistic Spear Bearers in the Chart of Bernie Sanders 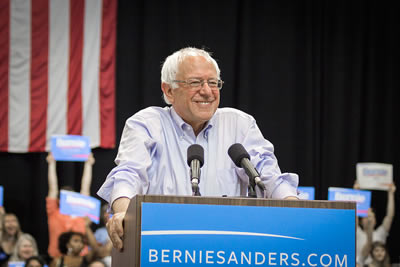 We do not have a confirmed birth time for Bernie Sanders and I want to be very clear that I am not suggesting a birth time for him based upon an analysis of his chart and life.  I want to talk about the Hellenistic doctrines of spear-bearing bodyguards. And if Bernie was born between 2-2:30 am, he would have a chart that well illustrates the concept. In fact, it would be a chart worthy of a royal king.

The Hellenistic technique called doryphory, which translates as “spear-bearing bodyguards,” was used to identify notable nativities. It was based on the image of eminent figures accompanied and protected by a front line of spear-bearing body guards who preceded them and a rear guard of attendants who followed them in an entourage. The presence of doryphories in the chart signaled the birth of a royal personage.

Hellenistic authors (Antiochus, Porphyry, Paulus, Rhetorius) discussed three kinds of spear-bearing that involve patterns integrating sect, zodiacal rulerships, solar phase, aspects, and angularity – in short, all the paraphernalia of the Hellenistic toolbox.  In its full form the doctrine can be complicated and confusing, but I’ll do my best to lay it out as simply as I can. Sanders would have all three types if he had Cancer as his Ascendant, which coincidentally mirrors the archetypal thema mundi Cancer rising chart of the creation of the world.

Cancer rising would place both Sanders’ Mars and the Moon in Aries in the powerful authoritative angular 10th house, the head of the universe and the seat of the king. It would also give him a night chart with the Sun below the horizon, and thus empower the nocturnal planets Moon, Venus, and Mars to bring about their most beneficial outcomes on his behalf.

Type Two bodyguard is when the Sun or Moon, in any zodiacal sign, is located in the 1st or 10th house, and a planet of the sect of the chart hurls a backward ray into the degrees ahead of the Sun or the degrees behind the Moon. (Think of primary diurnal motion in order to identify “ahead” and “behind”). Venus’ backward ray hurled to 21° Aries falls just behind the Moon at 14° Aries. In this case it is the angular Moon that is worthy of being guarded.

Type Three bodyguard is any planet in the 1st or 10th – in any sign – that is guarded bodily by proximity to a planet of the sect of the chart. This planet must be preceding diurnal planets or following nocturnal planets; and in the case of the Moon, within 7 degrees or in the same sign. Mars, belonging to the sect of the chart stands behind the Moon and is her attendant and protector.

The Moon as the celestial queen is the ruler of the Ascendant in this chart and as such signifies the “native.” One of the traditional significations of the Moon is the common people. She is elevated to the pinnacle of the chart and protected by both Mars the fierce Aries warrior (who himself is protected) and by Venus, the dove of peace and unity. If Sanders somehow manages to pull off the Presidency or even have a major role in shaping the Democratic National Party platform, it would give some credence to this speculative chart for him as the fiery populist advocate for the 99%.