The Day After… Valentines: Mercury in the Heart of the Sun 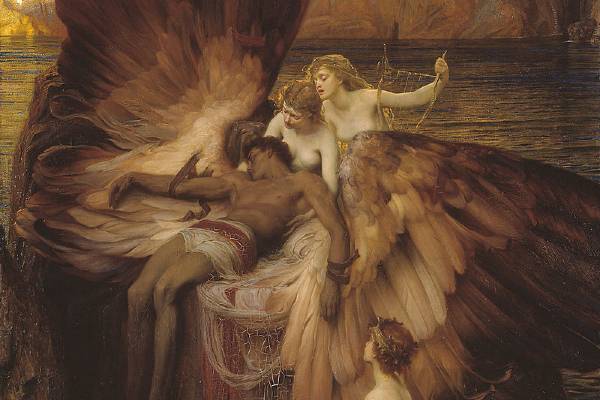 Many people both within and outside of the astrological community are aware of Mercury’s retrograde transit several times each year and heed the warning to refrain from signing contracts or buying cars or computers. But there is less awareness of the magical qualities of this time out of mind which culminates at the midpoint of the retrograde passage when Mercury enters into the heart of the Sun. This potent planetary alignment occurs on February 15th, the day after Valentines.

Mercury is the swiftest planet in the solar system, and ancient astrologers placed him under the auspices of Hermes, the divine messenger who was the patron god of travelers in both the upper and under worlds. Archetypal Mercury could manifest as the mischievous youth, the wise sage, or the psychopomp – guide of souls into and out of the underworld. For several weeks each year when the planet Mercury turns retrograde, he embodies the qualities of the psychopomp traveling deep within to the heart of the great mystery of death and renewal.

As a planet approaches too close to the Sun, it gradually disappears from sight as it is lost in the glare. In traditional astrology, its power is thought to be burned up by the rays of the sun. Myths conveyed the retrograde phase of the planetary gods’ circuit around the Sun as their periodic descent into the underworld, such as Innana’s descent, which personifies Venus retrograde.

Three different orbs are designated for the stages of the descent journey. When a planet is approaching a conjoining with the Sun and it comes to within 15-degrees, the planet is close to turning retrograde.   It figuratively begins to step down into the underworld as it falls under the sun’s beams and becomes faint from view. On February  7th Mercury at 3° Pisces was 15 degrees away from the Sun at 18° Aquarius. Ancient astrologers standardized this orb as the planet’s heliacal rise, or in this case, the heliacal set, and taught how the planet’s energy is intensified at the moment of the transition from above to below or at the moment of the ascent into the upper world.

The next stage begins at 8 degrees approach to the Sun, called combust, and this occurred in the present Mercury retrograde cycle on February 11th. One might compare this stage to burning in the fiery cauldron of solar heat, where the last vestiges of the old self – in the case of Mercury, the old thought patterns and mental scripts that no longer serve us – are consumed and destroyed. The power of the planetary principle is weakened as its nature is absorbed by the Sun and incorporated into the solar expression, leaving behind a purified and distilled essence in the vessel.

As the planet approaches the exact conjunction with the Sun it enters into the heart. Not dissimilar to the eye of the hurricane, this is a realm filled with a sublime peace, radiance, and calm. Hellenistic astrologers set this orb at 1 degree, while Arabic/Medieval traditions constrained it to 17 minutes and called it cazimi. They both envisioned this as a place of beneficence, where the planet is infused with the generative power of the Sun, catalyzing its rebirth. This moment occurs on February 15th, when the Sun and Mercury conjoin at 27° Aquarius 04’. This is an auspicious time for meditation, prayer, and setting intentionality.

How can your honor the pristine moment? One way is to bring to mind the topics of the Aquarius house in your chart.  Reflect upon what thought forms should be released and how you might envision a different mental script that could bring about more fortunate outcomes. The Sabian Symbol for 28° Aquarius (you need to round up) that Rudhyar gives is “Huge Pile of Sawed-Up Wood Insures Heat for Winter.”

In her book, The Sabian Symbols as an Oracle, Lynda Hill comments how this symbol represents the sacrifice of one thing for the benefit of another. What belief regarding a topic signified by your Aquarius house can you allow to die its natural death in order to seed a more vital and vibrant future?  Lynda offers us the quote by Thomas Carlyle:

When the oak tree is felled the whole forest echoes with its fall, but a hundred acorns are sown in silence by an unnoticed breeze.

Remember that in the midst of the frustrations and complications to our daily flow that Mercury retrograde also brings a brief pregnant moment filled with the potential to reset, revise, and renew.

Speaking of Valentines, Mercury, and hearts, check out Demetra’s webinar on the Fifth House: Good Fortune. Demetra will offer a perspective that you consider removing sexuality from the 8th house of death and restore it to its rightful place in the 5th house as the joy of Venus, the light of love, where Venus wants us to get lucky.