The Underwater Realm of Malaysia Flight 370 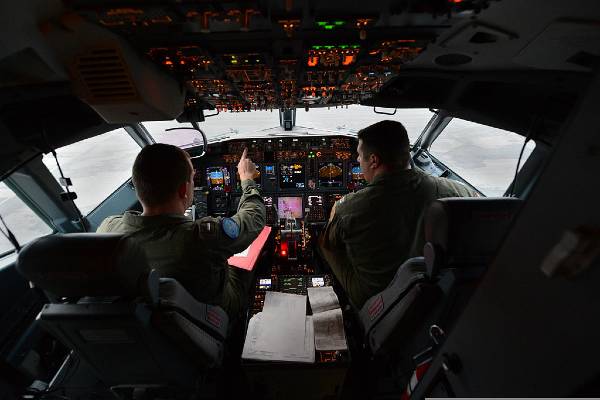 One week after the mysterious disappearance of Malaysia Airlines flight 370, its fate remains unknown. Our prayers are with the passengers and their families in the midst of their tragic grief and unanswered questions. What clues can be found in the chart of the take-off time that might point to where it is and whether the passengers are dead or alive?

With each passing day, our hopes for their survival are lessened. Looking to the traditional approach, there are three places in a chart that are the significators of death – the eighth, seventh, and fourth houses.

The first place to look is the eighth house of death and fears. Here we see the presence of Jupiter, the ruler of Ascendant which indicates that the life of the event chart (1st house) is intimately connected with death and immersed in fear of death. While a general rule of thumb is that a benefic planet in good condition (Jupiter is exalted in Cancer) can suppress or prevent the difficult events of an unfortunate house (8th is in aversion to the Asc.), in this case Jupiter does not belong to the sect in favor (this is a nocturnal chart as the Sun is below the horizon), so its benefic power is lessened. In addition, an especially malefic Mars (detriment and retrograde) is applying to a square with Jupiter that will become exact during the Cardinal Cross of April 20-23. Around this time more information, disturbing and frightening in nature, may be revealed to the public about what really happened. Jupiter’s exaltation in Cancer speaks to the prominence of the event captivating the attention of the entire world and the passengers being honored after death or lauded for their courage if alive. Jupiter’s exaltation points to the continued hopes that the passengers have survived and the matter will turn out well in the end.

Next we turn to the lord of the eighth house, which is the Moon in Gemini located exactly on the degree of the Descendant. Ancient astrologers identified this angle as another place of death. Their thinking was based upon the model of the Sun’s daily journey – being born each morning on the eastern horizon signifying youth; culminating on the midheaven at noon corresponding to adulthood, and sinking below the horizon in the west, hence associating the descendant with death. Thus the lord of the eight house of death conjunct the angle associated with the daily death of the Sun as it enters the underworld is another clue (John F. Kennedy had the asteroid Dallas exactly conjunct his descendant).The Moon signifies the people or public in a mundane chart; the asteroid China is conjunct the Moon, and the majority of the passengers are Chinese.

Finally we turn to the fourth house, which carries the significations of ‘the end of matter,’ circumstances at the end of life, graves and ancestors. Jupiter, which traditionally rules the sign Pisces as well as Sagittarius, is the lord of the fourth house placed in the eighth, binding together the death themes of these two houses. The fourth house contains the Sun, ruler of the ninth house of long distance journeys. And Neptune, the God of the Sea, is exactly conjunct the degree of the IC in the water sign of Pisces. This leads us to wonder if the end of the matter finds the plane and passengers deep under the ocean. This supposition is bolstered by Neptune’s trine to eighth house Jupiter in another water sign Cancer.

As you might guess, I could not help but also look to the asteroids to see what additional details they might reveal. The mythic deities associated with the sea are everywhere in the chart. The asteroid Parthenope is conjunct Jupiter. She was one of the enchanting Sirenes of the Odyssey, prophetic bird women living on the rocks in sea who sang the sailors sweetly to their deaths. The asteroid Thetis is conjunct the Moon. Best known as mother of Achilles, she is a sea nymph, one of the daughters of the ancient sea god Nereus; and the asteroid Nereus is exactly conjunct Neptune at the degree of the IC. The Greeks called Neptune Poseidon, and the asteroid Poseidon is conjunct the Sun of this chart. These asteroids suggest that the fate of this flight was under the auspices of the sea gods and goddesses.

Of course we cannot leave an exploration of airplane crashes and asteroids without also looking to Icarus, the winged youth who crashed and drowned in the sea. Icarus was at 24° Pisces at the time the flight took off, too wide of a separation from the Sun at 17° Pisces to be considered extremely significant. However it is intriguing that the asteroid Daedalus, Icarus’ father, who did make a successful flight in their escape from Crete, was at 29° Aries conjunct the South Node of the Moon. This raises questions that are being asked whether whoever navigated the plane brought the plane itself to a successful landing. What I am curious about is what happened at 1:50 am when the transiting IC passed over the natal position of Icarus, during the interval between the loss of contact from civilian (1:30 am) and military radar (2:15am)? And also what occurred at 4:00 am, when the transiting IC conjoined Daedalus and the South Node. The newscasters are saying that that last satellite ‘ping’ received at 8:11 am could have been from a plane that had already landed.

An addendum on March 17th: Today Australia dispatched an aircraft to look north and west of the Coco Islands (2000 miles northwest of Perth) in the South Indian Ocean. The Cocos are in the vicinity of the arc where the plane would have run out of fuel. The asteroid Coco is at 8° Gemini in the event chart, conjunct the Moon and Descendant. And the asteroid Perth (Amboy) is at 4° Pisces conjunct the IC/Neptune. At 6:40 am the transiting Ascendant of the event chart was conjoined to the natal IC, and the natal IC (end of the matter) reached the degree of the Descendant (Sun sinking below the horizon into the underworld) where the Moon (ruler of the 8th) and the asteroids China (for the Chinese passengers) and the asteroid Coco all conjoined.

By the time you receive this newsletter, more will be known about the Malaysia Airlines Flight 370, but these are my musings on March 15-17th, 2014.

Join me for the next webinar in my series on the twelve houses. This time we’ll focus upon the Sixth House, which the ancients named Bad Fortune and the Joy of Mars. We will explore their thinking about why it was said to signify the misfortunes we sometimes encounter in life such as illness, accidents, injury, enemies, and being bound in servitude to another. We will also discuss which planetary conditions mitigate these difficulties and in some cases even transform them into good outcomes.