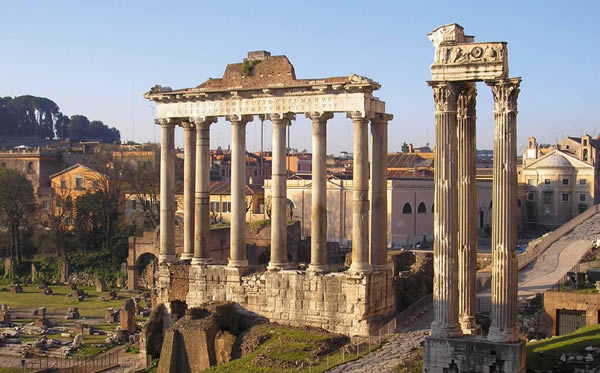 Sending you all the very best wishes for the turning of year on this Winter Solstice. In the Northern hemisphere, the rebirth and increase of the Sun’s light signals the promise of the restoration of life, new beginnings, and renewal of hope. This Winter Solstice of 2107 might be said to be an especially potent and positive Super Saturn Renewal.

The ancient Roman festival of Saturnalia, dedicated to the god Saturn, was celebrated during several days around the Winter Solstice when the Sun entered Capricorn. The Hellenistic astrological term loosing of the bond, which is used in the Zodiacal Releasing time lord technique, often indicates dramatic reversals in the direction of one’s life. This term is intimately connected with aspects of Saturn’s festival.

For most of the year, the cult statue of Saturn housed in his temple in the Roman Forum had woolen bands tied around its feet.  At the opening ritual of the festival, the bonds were loosened and untied. This act gave permission for people to likewise cast off the burdens, restrictions and obligations that bound them for most the year.

It was a festive and often raucous street event when slaves and laborers were released from work, businesses closed, and moral restrictions and rules eased or lifted. A time of the reversal of the customary hierarchical order, slaves became masters and masters became slaves. Saturnalia was an interspace between the changing of the old year into the new year. A brief moment of time when freedom from constrictions reigned, the normal rules of behavior were suspended, and the Dour Old Man told his people to throw off their shackles and simply have fun.

This Winter Solstice of 2017 is an especially potent turning of the wheel because Saturn is in his glory. On December 19th Saturn enters his own sign of Capricorn where he reigns supreme. During the next two and one-half years, Saturn is positioned to give forth the best of its significations: hard work, focus, and self-discipline pay off in terms of advancement, wealth, and credibility. Two days later on Dec 21st, the Solstice, the Sun joins Saturn in the first degree of Capricorn. While a Sun/Saturn conjunction occurs once every year in some zodiacal sign, this year is a rare phenomenon. Saturn conjoins the Sun in its own sign of Capricorn on the day of Winter Solstice, setting the tone for its entire transit of its home sign.

The forceful energy released at the turning of the seasonal cycle announces Saturn’s dynamic Saturnalia message to liberate ourselves from the old oppressive ties that bind us, at least for a few days, and experience what it might be like to live with freedom and joy. Saturn’s feet soon will be bound once again and heeding the call of duty and honor. We likewise pick up and resume our commitments. For the ancient Romans, honor was defined as the fulfillment of one’s duty.

But in this liminal interspace occurring right now, think about how you could celebrate the Solstice in order to restore joy to your soul and better take advantage of the blessings that this year’s Saturn is bestowing. Free yourself from the constricting limiting beliefs and ingrained patterns that no longer serve you and focus your intentions to create new structures that ground and anchor you in the positive visions of your future.