Musings on Eclipses and Recent Travels 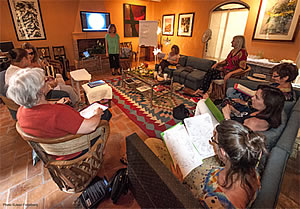 April and May have hosted an active eclipse season with two lunar and one solar eclipses. I have been gathering with a few local astrology friends at my home in Eugene, OR to read aloud from The Predictive Power of Eclipse Paths by Bill Meridian. Our intention is to gain a deeper understanding of how the energies are intensified and accelerated in the weeks before and after these periods when the potentiality arises for supra-ordinary possibilities.

During an eclipse, the emanations from the either the Sun or Moon are temporarily obscured by the other body. So I’ve been thinking about how eclipses contribute to disturbances in the composition of the atmosphere and ionosphere for a certain length of time, which in turn sensitizes the areas under the path (or visibility) of the eclipse. And this then sensitizes the individuals whose natal charts are connected to the triggering points of the eclipse.

At the beginning of April, I had the opportunity to revisit the Mysteries of the Dark Moon teachings during a 5-day retreat in San Miguel de Allende, Mexico. While I continue to incorporate the lunation phases and dark goddess asteroids into my ongoing client work, it has been many years since I’ve presented this particular material in a focused and extended manner. We were all stunned with the depth and pathos of insights that arose, along with clarifications and healing of the parts of our lives that, as women, we normally keep hidden. In retrospect, I see how the eclipses prefigured the revelations of the dark moon goddess. Thank you to Evelyn Roberts for hosting this event in an exquisite nurturing setting. And gratitude to everyone there who was willing to ‘drink of the waters of Persephone, the secret well beside the sacred tree’ (Dion Fortune).

By the end of April, I was off to the AFA’s (American Federation of Astrologers) 75th Anniversary Conference held near their headquarters in Tempe, Arizona. The AFA is the oldest astrological organization in the US. They host an extensive library collection of both rare ancient and contemporary astrology books (to which I’ll soon be donating my collection for studies in archetypal mythic and history of astrology). And they have an active publishing house that keeps in print the works of countless astrologers. I have recently joined the AFA Board and hope to contribute to their fostering of high quality educational opportunities.

Nestled between the April lunar eclipse and the May solar eclipse, the theme of this year’s conference was Prediction. The conference opened with a paper by James Holden entitled “What Will Happen Next?” Jim first presented this paper in 2004 at the University of Amsterdam’s gathering of respected European academics on Astrology and History. Bill Meridian from Vienna stunned us with his grasp of all the eclipse charts and their paths, the multiple charts of nations, their leaders, and major historical events that all constellate under these paths at the opportune moment. Deb Houlding from England held us captivated with the wealth of detail to be factored and gleaned from electional charts. Ben Dykes showed us how to time the unfolding of the monthly events of themes indicated in the solar return chat – techniques mined from his translations of Arabic and Medieval astrologers.

I presented a survey of seven Hellenistic timing procedures that, until recently, were lost to modern practice. I demonstrated how each method, using completely different paradigms, all predicted the same event. Shelley Ackerman held the base for the group, bringing up the issues of ethics and counseling around prediction to clients. The conference was plenary style, and the participants were thrilled with the quality of the presentations that pushed them to quantum leaps in their own learning.

I returned home on May 7 and was immediately swept up in the activities and blessings made available to the residents of Eugene as two of the highest lamas in the Tibetan Buddhist tradition came to town during the Solar Eclipse on May 9th. His Holiness Sakya Trizin, the head of the Sakya lineage, gave a Medicine Buddha empowerment just as the Solar Eclipse was culminating. The next day His Holiness the Dalai Lama spoke to a crowd of 11,000 at the University of Oregon, re-iterating his message that, in essence, we are all one humanity; to respect the many differences and to remember the unity. He also encouraged that world leadership pass into the hands of women during the 21st century, who are, by nature, more compassionate to the suffering of others. In response to a question if a future Dalai Lama might incarnate as a woman – his answer was, “Most certainly YES!” That evening H.H Sayka Trizin gave a profound talk on the Nature of Mind.

I had volunteered to help beforehand with the preparations, and was given the task of washing windows at one of the shrine rooms. I couldn’t help but reflect upon the teaching that meditation helps us to wash the windows of our own perceptions; the fewer the obscurations in our looking glass, the fewer the faults we see in others. Eastern spiritual traditions suggest that ramifications of the good or bad that we do or think around the time of a solar eclipse are magnified by 10,000 times (and by 1,000 times for a lunar eclipse). May 24th is the last opening in this season’s eclipse trilogy for positive affirmations and intentions.

The remainder of 2013 is still filled with travel. Over the next few months I will present: Asteroid Goddesses and the Search for the Beloved for the New York NCGR Conference on June 15; ongoing Hellenistic studies in Portland, OR on August 3; and Asteroid Goddesses in Calgary Alberta Sept. 7-8. In early October both Baris Ilhan and Hakan Kirkoglu are hosting me in their respective schools in Istanbul, Turkey to present on my classical interests – both mythic and ancient techniques.

In between travels I am available over the remainder of the Spring and Summer for client and ongoing students sessions.

A special thanks to Tony Howard for all he does in making my teachings available through the website and helping me to stay connected to you. Finally, I’m excited to announce a new monthly webinar series: Wheel of Life: The Twelve Houses. Details about the first session below.

Part One: The First House: Life and Spirit

Moving beyond the view that the Ascendant and First House describe the personality and the outer image, this talk discusses the ancient perspective that this place is the foundation and reference point for the entire chart where the soul unites with the body. Interpretation guidelines with example charts are given to demonstrate how to interpret the first house, its planets, and ruler as keys to the general ease and success of the life voyage.

Enjoy the following releases from the previous Traditional Astrology conference, on special now through June.

Recorded at the Traditional Astrology Conference September 2011. Demetra George explains how the first consideration of traditional astrology was the sect status of planets, and how planets operate differently in diurnal and nocturnal charts.

Recorded at the Traditional Astrology Conference September 2011. Demetra discusses how a traditional astrologer judges a chart’s potential for successful, happy, and stable partnerships.

Held in honor of James Holden’s research into and historic translations of traditional texts, Benjamin Dykes, Demetra George, and Chris Brennan gave extensive presentations on numerous traditional concepts and techniques. 13 hours of audio; package includes the complete MP3 recordings of the proceedings, plus many PDF slides and study aids.