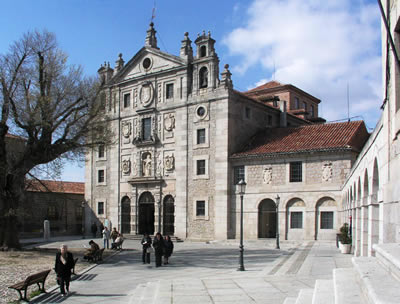 Here in the northern hemisphere we are now moving toward the dark days of winter that invite us to draw into the deep quiet within. I recently returned from a trip to Spain, where I had the opportunity to research the life of the mystic Saint Teresa in her home town of Avila. I will be presenting this research in a new talk entitled The Sacred Marriage: Vesta, Juno and Psyche on November 2-4 at the Evolutionary Astrology Conference in Portland Oregon.

There was a powerful response to the Dark Goddess asteroid readings I offered this summer, profound and moving for many people. To go deeper into how the mysteries of the lunar cycle – her dark phases and archetypes – help to place your entire life in context, I invite you to join me in the highlands of Mexico for a Dark Moon Goddess Retreat April 6-10, 2013.

Turning our thoughts to the recent ingress of Saturn into Scorpio, I’d like to share some insights from both a modern and ancient perspective and discuss why at certain times the same transit can be more powerful than at other times.

On October 5th Saturn entered into Scorpio and will remain there until December 2014. Many astrologers are anxiously examining their charts to determine which planets and houses will be activated by Saturn’s “no more free lunches” dictum. From a modern interpretive approach, Saturn as the voice of pragmatism, accompanied by hard work and self-discipline, challenges us to face the reality of a situation even if it is dour. We are asked to step up to the plate, take on the responsibility of doing what needs to be done, and stabilize our structural foundation. Through this process we grow beyond our limitations and develop competence in the face of fear and inadequacy.

In the sign of Scorpio, Saturn touches our emotional core and pushes us to transform by eliminating negative unconscious conditioning that gives rise to toxic and destructive behaviors. The topics of the house through which Saturn is now transiting provide the background setting for the area of life we are being asked to realistically appraise and restructure, even as the process pushes us up against the dark, repressed and often painful areas of our psyche.

From the ancient point of view, Saturn is essentially seen as a principle of constraint and denial, bringing some kind of loss or sadness in its train. However when it occupies a sign of its rulership or exaltation (Aquarius, Capricorn, Libra) it has the resources to bring forth its more positive significations of authority and wealth from land and foundations. Scorpio is neither a sign of Saturn’s rulership nor detriment, but is instead ‘peregrine’ in medieval terminology. This word comes from peregrino – a pilgrim who is wandering through a land on a spiritual journey to somewhere else, and dependent upon the good will of local hosts to provide food and a bed. Part of my recent trip to Spain was walking a stage on the Camino de Santiago where I saw many such peregrinos.

What is important here is that Scorpio is the domicile, i.e., the home territory of Mars, the God of War, who is now Saturn’s host. Over the next few years, the archetype of Saturn – building the dense fortress to hold back time and change – must draw upon the martial energies of Mars for sustenance. One malefic passes through the lands dominated by the other malefic. Our task is to transform the unconscious hatred and anger into mastery and courage. How challenging of a process will this be for you?

What Makes one Transit Stronger Than Another?

If you are a practicing astrologer, you may have noticed that not everyone responds in the same way to the same transit, or that the same transit during one period in a person’s life has a completely different intensity than at another time. Why is this so? Hellenistic astrology offers an insight into this perplexing problem in predicting the quality and intensity of what an individual is likely to experience. Hellenistic astrologers used transits, but placed them at the bottom of a hierarchy of other predictive techniques. Moreover, they suggested that a transiting planet will have strong impact when it passes over a planet or through a zodiacal sign only if it also happens to be a time lord during that period.

Similar but not identical to the Hindu Vedic dasha system, Hellenistic astrology contains a number of time lords systems, such as Circumambulations, Zodiacal Releasing, Decennials, and Profections, whereby different planets in turn assume rulership over a particular topic in one’s life for a certain number of years, after which another planet assumes that rulership. The intrinsic nature of the planet ruling, its condition in the natal chart, and its condition at the time it becomes a time lord all influence how it will work to bring about its own natal significations in beneficial ways for the individual.

At any given time, there may be several planets that have been turned on as time lords, and these are the planets whose influences have a greater global impact on the individual life than do the transits. If a planet is a current time lord, then its transits through a house and to other planets, as well as transits to them by other planets, are the most active of the timing mechanisms and result in significant events. If a planet is not a current time lord, then its transits are less intense.

How can you use this perspective to look at your own chart and examine how strong the Saturn transit may be for you during its current transit of Scorpio? The simplest way of course, would be to have a consultation with an astrologer who is familiar with these techniques. But there is one simple technique I’ll explain here that you can start using right away.

While most of the time lord systems are rather involved to explain, Annual Profections is a technique that is quite accessible. Using the whole sign house system, starting with the first house as birth and moving around the wheel in a counterclockwise direction (the same direction as the natural zodiacal order), count one year of age for each successive house until you arrive at your current age. (Thus if you are 19 years old, you will arrive at the 8th house).

Now look to see if this house contains Saturn in your natal chart. Is Saturn the domicile lord of that house (the house is occupied by the zodiacal signs of Capricorn or Aquarius)? Was Saturn transiting this house at the time of your Solar Return? If the answer to any of these questions is yes, then, according to one of the time lord procedures, Saturn has been turned on as a time lord for this birthday-to-birthday year as the Annual Profected Lord of the Year. Saturn’s transit through Scorpio will be especially potent with meaning for you. If not, you still won’t receive a ‘get out of jail free card,’ but your experiences during Saturn’s transit may be more subtle and the process could be easier for you to integrate.