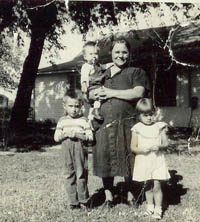 It was not until 1989 that I first visited Greece when I went on a tour led by a friend who was also of Greek heritage.

Yet, it was inevitable that my path would lead back there some day as all of my grandparents had emigrated from the old country to America in the early 1900’s. I was named after my paternal grandmother whose home had been in Arcadia, near an ancient cult site for the worship of the goddess Demeter. Both of my yiayias (grandmothers) had told me the mythic tales of the Greek gods and goddesses as my bedtime stories.

These memories began to resurface when, as a young 27-year old astrologer, I encountered the asteroids Ceres, Pallas, Juno and Vesta, just weeks after their first ephemerides was published in 1973. Following Eleanor Bach’s example, I looked to the mythology associated with the asteroids’ names as a starting point for interpreting their significance. Woven into my readings were recitations of the mythic biographies of these four goddesses whenever they appeared in prominent positions in the birth chart. Going back and forth between the psychological and healing principles underlying the myths and their manifestations in human experience as recounted by the clients, this body of accumulated insights was published in 1986 in Asteroid Goddesses: the Mythology, Psychology, and Astrology of the Reemerging Feminine.

So when I finally arrived onto my motherland a few years later, I had already developed a profound relationship with these ancient goddesses; the stream of their stories flowing from my ancestral roots through the ample laps and lyrical voices of my grandmothers to my friends and clients and readers. Sitting by the well of mourning Demeter/Ceres at Eleusis, climbing to the lofty heights of Pallas Athena’s serpent temple on the Acropolis, inhaling the scent of flowers at Hera/Juno’s honeymoon sanctuary on Samos, and everywhere Hestia/Vesta, simultaneously present and invisible in the flame of altar offerings, the sacred feminine welcomed me home.

During this first journey to Greece, transiting Pluto was exactly conjunct my IC, and marked the beginning of a transformative relationship with the land of my ancestors.

Since that time, I have co-facilitated over a dozen tours to Greece with various friends and colleagues including Michael Mayer, Vicki Noble, Brian Clark, Melanie Reinhart, Cathy Harner, and Dennis Harness. Beyond the beauty of the landscape, the grandeur of the archaeological remains, and the indomitable spirits of the people, the most powerful revelation was the presence of the healing energy that continues to emanate from the sacred sites and is ever available for restoring body and soul.

In his landmark book The Earth, the Temple, and the Gods, architect Vincent Scully discusses how it was the recognition of some sacred quality in the landscape – a river, a spring, a cave, a cleft in the mountain, twin conical peaks – that alerted ancient peoples to the presence of a deity whose essence animated this topography. And so a pile of rocks that would eventually take the shapes of temples marked the spots where a god or goddess was thought to dwell. In the mytho-poetic imagination of the ancient Greeks, there existed a reciprocal relationship between gods and mortals – mortals give offerings to the gods and the gods bestow blessings upon the mortals. Each village or polis had its local patron deity who was worshipped and beseeched; in addition the major deities of the Greek pantheon had larger cult sites scattered throughout the land where peoples from various city states and other countries would travel to honor them and request their spiritual guidance and assistance.

The temple and cult sites of the gods were also places of healing where pilgrims would travel for temple cures. In the Greek language, the word therapeia is associated with both the concepts of medicinal cures and ‘attendance upon the gods’. The earliest literature of Homer and Hesiod alludes to disease as something sent by the gods as punishment for having failed to properly honor them. How were mortals who were overcome by otherwise inexplicable illness to know which particular god had been offended? A healer might recognize their physical symptoms of disease as exaggerated attributes of a particular deity, the person might journey to an oracle center to ask the question of the residing deity (astrological 9th house signifies long distance travel, oracles, and god) or perhaps travel to one of the Ascelepian healing sanctuaries to sleep in the temple precincts and receive a vision in a dream. The cure of that disease might often involve a pilgrimage to site of the offended god, with offerings made at his or her temple and perhaps initiation into that god or goddess’s mystery rites.

It is this ancient temple cure of attendance upon the gods that informs modern archetypal therapy. Carl Jung suggests that that the Olympian gods of old are now understood as the various forms of neuroses. Archetypes as living psychic forces demand to be taken seriously; when they are neglected they are the unfailing cause of neurotic and psychic disorders. The symptoms are seen as messages from the psyche as to what the individual needs to attend for greater psychological integration and healing, and the cure involves discovering what archetype (god) has been neglected and then honoring it. Murray Stein advises that insight and therapy can be greatly enhanced by knowing the correspondences between mythic patterns and psychological symptoms.

Mythic astrology is another means by which a person can discover which archetypal deity is asking to be acknowledged and honored by determining which mythic deity-named celestial bodies occupy significant positions in the sky at the moment of birth. These gods and goddesses can be understood as our personal deities, spirit guides, muses, patron saints, or guardian angels.

Starlotus SacredSite Tours follows in the footsteps tread by ancient pilgrims along the sacred way in search of healing. Each participant will receive an astrological chart that includes the asteroids named after the mythic deities and geographic places that we shall visit. The focus of this journey will be upon the myths, mystery teachings, and astrology of Ceres, Pallas, Vesta, and Juno, who along with Artemis (Moon) and Aphrodite (Venus), were the feminine members of the Twelve Olympian Gods. These goddesses represent the sacred dimension of a woman’s life in her aspect as and relationship to the archetypes of mother, daughter, sister, and wife. We will reflect upon how these asteroid goddesses are configured in our nativities and mirror the chronic dis-eases of our lives, pay careful attention to the oracular messages and dreams we receive at their sacred sites, and have the opportunity to leave behind something of ourselves in exchange for a vision that can lead us to a state of grace and well being.

We invite you to join Brian Clark and Demetra George from October 10-23, 2011 on this pilgrimage to Greece, celebrating the 25th anniversary of Asteroid Goddesses in continuous print, and giving homage to Ceres, Pallas, Juno, and Vesta at their sacred sites in Athens, Sounion, Eleusis, Delphi, Olympia, Aliphera, Lepreon, Lykosoura, Argos, and Perachora.